The golden barley ripples in the breeze and just a short distance away the bespoke copper stills begin the gentle process of turning its grain into the water of life.

Distilled twice, once suitably matured the nectar emerges from its cask to deliver an easy drinking whisky; rich and fruity, the distillery boss who poured his life savings into making it likens it to a “breakfast whisky” with layers of singed toast, creamy butter and fruity marmalade.

Inspired by the natural beauty on its doorstep, crafted using old age skills, the dram in Dan Szor’s glass has the hallmarks of a good Scotch – if you ignore the fact that the closest heather-covered glens, lochs and Highland peaks are several hundred miles away.

Originally from New York, the former Wall Street financier fell so deeply in love with single malt whisky that he invested his life savings into creating his own distillery – not in Scotland, but in the typically English ‘chocolate box’ Cotswolds.

“The Cotswolds might not have the cliffs and high peaks or crashing waves that Scotland has, but it has its own beauty – it is quintessentially English,” he says.

“I have a couple of hundred whiskies in my living room and I could reach for any bottle of Scotch whisky that I want, but I will reach for my own because it is delicious.”

One of a new breed of English whisky distillers, he may well be expected to say that. Yet there are clear signs that the English are coming.

Once made in high quantities at numerous distilleries, English whisky production died in the early 20th century as attention switched to gin.

However, the relaxation on regulations which opened the door to a thriving craft gin sector, plus soaring numbers of ‘world whiskies’ from places as diverse as Australia, India and Sweden, has ignited a new English whisky sector.

From there being not a single whisky distillery in England just 20 years ago, there are now more than 40 producing their own whisky.

Smaller and free from restraints surrounding Scotch single malt production, English producers have had free reign to be innovative.

And while Scotch marketing has relied heavily on images of heritage, rolling landscapes and the slowly maturing dram, the English are seizing the chance to project a more modern, vibrant image.

Now, having joined forces to launch their own trade association, the English Whisky Guild, they are preparing to ask the UK government for a ‘Geographical Indication’ for English Whisky.

Dan, a New Yorker who brought in two Scots with a century of experience between them to develop his Cotswold Whisky, believes modern consumers are seeking a different experience from images of rolling mist and Highland landscapes.

“These days the young consumer, the millennials and the trend setters are looking for authenticity. It’s not so much heather and glens, they want to know how things are made.

“You can visit a distillery up north and see a one-man operation, pushing a button and everything behind a glass wall.

“But we are old-fashioned, everything is manual. Our guys are climbing ladders, opening steam valves by hand, they know exactly how many cranks needed to turn the dial.

“People love what they see – it’s whisky as it used to be made before everything was automated.

“I won’t make any friends saying this,” he continues, “but whisky in Scotland is a bit of a victim of its own success. So many distilleries are part of a huge group driven by corporate budgets and timelines. It doesn’t necessarily translate to best possible product.

“If I’m flying from Edinburgh to Paris, I don’t want to see the same whisky in duty free in Paris as I’ve just seen in Edinburgh.

“People are looking for things that are local and different.”

In Norfolk, where vast quantities of barley are shipped to Japan to make whisky, Andrew Nelstrop’s English Whisky Company (EWC) sells ‘The English 11-year-old Malt’ at just short of £60 per bottle.

“If you want to look at heritage, my family has been farming and milling grain back to 1482 – further back than records for Scotch whisky,” he says.

“Heritage is a message that Scotch has been selling for long time, but we have heritage too.

“We all have a story to tell.”

Chairman of the English Whisky Guild, he is spearheading its mission to showcase and protect “the remarkable quality and diversity of the now numerous, unique whiskies that are crafted in England.”

“English whisky is synonymous with independence, innovation and creativity,” he adds.

“The formation of the Guild and the submission of the GI application supports these shared values whilst also establishing production standards that ensure that any whisky labelled as ‘English’ is of the highest quality.

“It also marks a significant step in the long-term development and promotion of English whisky.”

He says England is less of a stranger to whisky production than many may think: Alfred Barnard’s inspection of whisky distilleries across the UK in the late 1800s noted four whisky distilleries in England which, even by modern standards, were massive.

Their closure led to a ‘brain drain’ of experienced distillery workers to Scotland and Ireland, while rules and regulations killed the industry completely.

“We were watching whisky being made all over the world, in Japan, Sweden, America, France, Austria, Switzerland, everywhere apart from England and Wales,” he adds.

In Norfolk, Iain Henderson, who worked at Laphroaig, joined the EWC quest to deliver the first English whisky for more than a century.

Made using a pot still produced by Forsyth’s in Moray, it was laid down in 2006 and was bottled just three years later.

“Our ingredients are the same as distilleries in Scotland use,” he adds. “Every distillery has differences in how fast the run is, how slowly they let fermentation happen. Once in the cask and maturing, that’s when we see differences.

“We have hard water, so our whisky has quite a sweet background note. But we can make peated and unpeated whisky and put them in a mixture of casks.

“At no point are we or any other English distillery setting out to emulate the Scottish whisky,” he adds. “We can’t see any point in it.”

English whisky has a major downside, however: “In Scotland the angels’ share is around 2%, ours is more like 5% or 6 %.”

The volume of spirit produced by English distilleries is forecast to grow 189% from 2019 to 2023. Over the same period, the number of bottles sold is predicted to increase by 418%.

Still, it’s no great threat to Scotch: there are currently 138 Scotch whisky distilleries across Scotland, with 44 bottles of Scotch whisky exported every second to around 180 markets around the world – worth £4.5bn in 2021.

Scotch Whisky Association Director of Strategy Graeme Littlejohn said: “The UK is home to world-class spirits producers, led by Scotch Whisky which accounts for 98% of exports of whisky produced in the UK.

“The burgeoning whisky industry in England is a further sign that people around the world what to make, export and discover whisky, a trend which Scotch Whisky can also benefit from.” 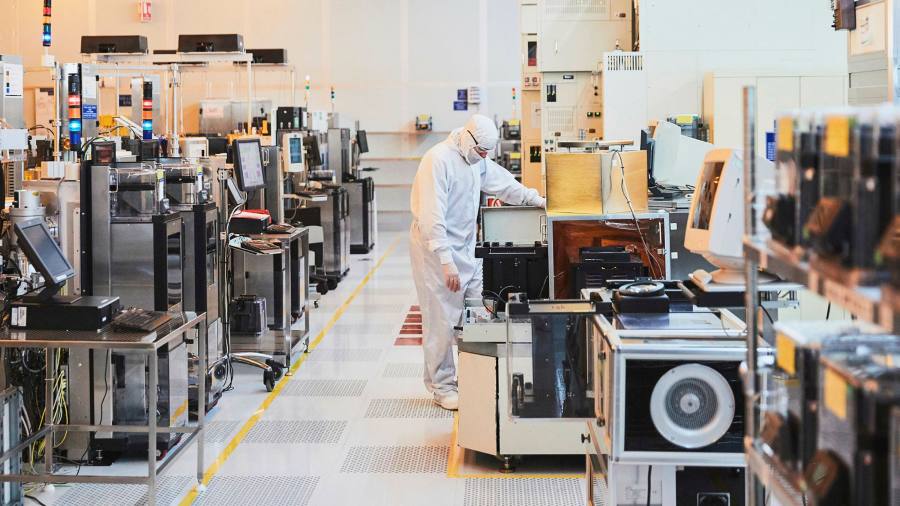 The race for electric vehicle supremacy